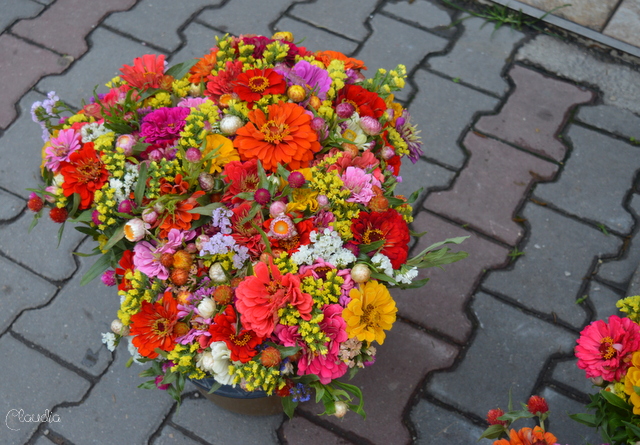 ‘See that cat?’ Kat pointed at a tabby that had found a patch of sunlight on a nearby low wall, and was
lying in it, content.
‘Yes,’ Charlie said.
‘What is it doing?’
Charlie watched the cat, bathing in its patch of warmth.
‘Nothing.’
‘Nothing? Are you sure?’
‘Yes. That cat is fundamentally failing to achieve.’ Charlie said.
Séraphine laughed. ‘I disagree. It’s living slowly. Contemplating. Enjoying.’
‘Exactly,’ Kat said, triumphantly. ‘Séraphine’s got it.’
‘That cat’s wasting time,’ Charlie said, firmly.
‘No, it isn’t.’ Kat shook her head. ‘And when we take our time over afternoon tea, neither are we.
That’s the cardinal rule – never rush. Take time to savour it.’

How did Homo sapiens manage to cross this critical threshold, eventually founding cities comprising tens of thousands of inhabitants and empires ruling hundreds of millions? The secret was probably the appearance of fiction. Large numbers of strangers can cooperate successfully by believing in common myths. Yet none of these things exists outside the stories that people invent and tell one another. There are no gods in the universe, no nations, no money, no human rights, no laws, and no justice outside the common imagination of human beings.

Ever since the Cognitive Revolution, Sapiens has thus been living in a dual reality. On the one hand, the objective reality of rivers, trees and lions; and on the other hand, the imagined reality of gods, nations and corporations. As time went by, the imagined reality became ever more powerful, so that today the very survival of rivers, trees and lions depends on the grace of imagined entities such as gods, nations and corporations.

Why did people make such a fateful miscalculation? For the same reason that people throughout history have miscalculated. People were unable to fathom the full consequences of their decisions.

One of history’s few iron laws is that luxuries tend to become necessities and to spawn new obligations. Once people get used to a certain luxury, they take it for granted. Then they begin to count on it. Finally they reach a point where they can’t live without it.

History is something that very few people have been doing while everyone else was ploughing fields and carrying water buckets.

Most people claim that their social hierarchy is natural and just, while those of other societies are based on false and ridiculous criteria. Modern Westerners are taught to scoff at the idea of racial hierarchy. They are shocked by laws prohibiting blacks to live in white neighborhoods, or to study in white schools, or to be treated in white hospitals. But the hierarchy of rich and poor – which mandates that rich people live in separate and more luxurious neighborhoods, study in separate and more prestigious schools, and receive medical treatment in separate and better-equipped facilities – seems perfectly sensible to many Americans and Europeans. Yet it’s a proven fact that most rich people are rich for the simple reason that they were born into a rich family, while most poor people will remain poor throughout their lives simply because they were born into a poor family.

Unjust discrimination often gets worse, not better, with time. Money comes to money, and poverty to poverty. Education comes to education, and ignorance to ignorance. Those once victimised by history are likely
to be victimised yet again. And those whom history has privileged are more likely to be privileged again.

Most sociopolitical hierarchies lack a logical or biological basis – they are nothing but the perpetuation of chance events supported by myths.

Ever since the French Revolution, people throughout the world have gradually come to see both equality and individual freedom as fundamental values. Yet the two values contradict each other. Equality can be ensured only
by curtailing the freedoms of those who are better off. Guaranteeing that every individual will be free to do as he wishes inevitably short-changes equality.

Money is also the apogee of human tolerance. Money is more open-minded than language, state laws, cultural codes, religious beliefs and social habits. Money is the only trust system created by humans that can bridge almost any
cultural gap, and that does not discriminate on the basis of religion, gender, race, age or sexual orientation. Thanks to money, even people who don’t know each other and don’t trust each other can nevertheless cooperate effectively.